Correction: The market for vegetables and herbs in the United States is expected to reach $30 billion by 2025, not the western United States alone as stated in the original broadcast.

HAMILTON — It’s fall in Montana, with windswept mountain ranges and morning temperatures hovering in the 30s, and it’s not the ideal growing season.

That is unless you’re inside Local Bounti.

“This is our butter lettuce pond,” McGrath said while walking through a several-acre greenhouse in Hamilton. “We sell these as a living head, as well as a cut product so you can make a salad directly.”

It’s a year-round growing operation, with an output that the company says uses no pesticides and 90% less water and land than traditional farming.

“This facility is a couple of acres. This would be equivalent to 20 or more acres of traditional farmland,” said Gary Hilberg, the company’s chief sustainability officer.

It’s a critical savings in land and water that could make a difference in the coming years, not just in the drought-ravaged West, but around the world.

By 2050, the United Nations estimates the global population will be more than 9 billion people. The planet will need to produce 70% more food just to meet that demand.

Local Bounti says there are other environmental impacts that can also be avoided through their methods, including how most produce gets to people in the first place, often by traveling thousands of miles.

To mitigate that, the company says it’s staying local by selling as close as possible to where its food is grown. Right now, that means their products are sold in 500 stores around Montana, Idaho, Colorado, Utah, Nevada, Oregon and Washington. They say that can help consumers save money by providing fresher produce that reduces food waste.

“Many of us have that have that moment where we go to make a salad at home. We pull out that clamshell and it’s slimy,” McGrath said. “So, because it’s traveled many miles, it’s taken many days to get to you, and both because we’re growing locally and the way that we grow is bringing that really fresh product to you, that lasts longer.”

It’s a growing industry with a $30 billion potential in the Western U.S. alone.

“This technology can apply to all different types of plants,” Hilberg said. “Agriculture business is growing rapidly for exactly those reasons. So, there’s lots and we will not be the only player in this area. We expect to be one of many.”

Companies that are now tapping into the world’s growing food needs. 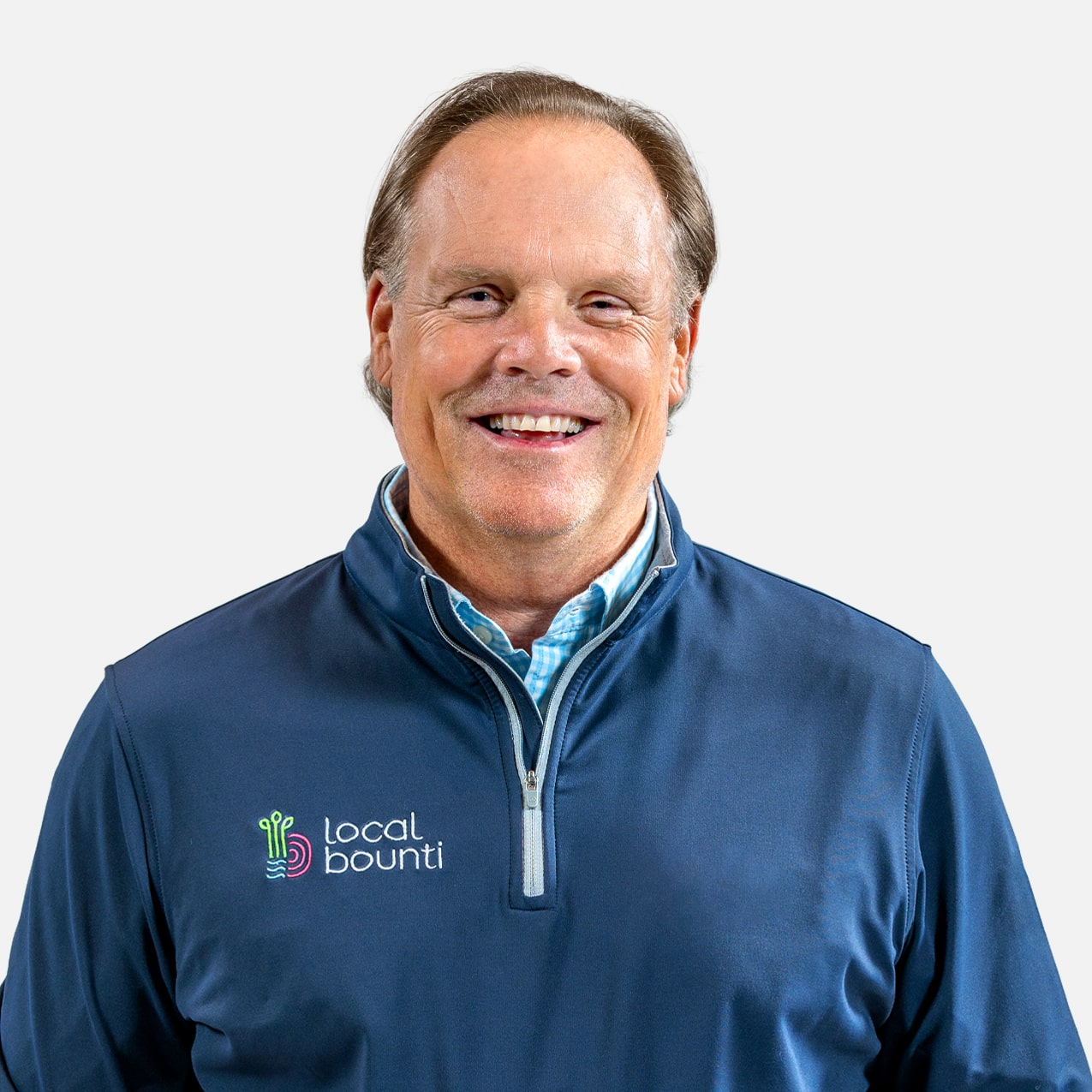 Most recently, Craig served as Managing Partner and Co-Founder at BrightMark Partners, a growth equity and management firm providing capital and resources to venture, growth phase and middle market businesses. Previously, he was President, CEO and Chairman of the Board of TAS Energy – the leading provider of high efficiency and modular cooling and energy systems for the data center, commercial, industrial and power generation markets. During Craig’s leadership at TAS, the company shipped more than 2,000 modules to over 30 countries worldwide.  TAS was sold to publicly traded Comfort Systems (FIX) in April of 2020.

As General Manager of Global Sales for GE’s Contractual Services (GECS), he was integral in expanding the business from a “start-up” to more than $7 billion in backlog in just 24 months.  Leading the team that pioneered the LTSA (long term service agreements) product line for GE’s gas turbine technology, he grew the global sales team from 15 to more than 150 employees.

Craig has also sat on over 15 company Boards, including: Prostar Geocorp, a leader in geospatial intelligence technology in the energy and transportation markets; ATR SmartProcedures, a pioneer in SaaS cloud-based digital transformation; and Loenbro, Inc., a diversified energy services and construction company. He earned a BS in Finance from San Diego State University and an MBA from California State University – Long Beach. Travis has extensive experience in growth businesses, with a proven track record of helping companies springboard to the next level.

Prior to co-founding Local Bounti, he was the Co-Founder and Managing Partner at BrightMark Partners, a growth equity and management consulting firm dedicated to providing capital and resources to venture, growth phase and middle market businesses. In this position, he was an active director for many portfolio companies, driving growth plan execution, building core business infrastructure and leading many successful debt and equity transactions.

Previously, Travis had a career in management consulting and market research, consulting to a broad range of companies, from Fortune 500 to start-ups. His areas of expertise include quantitative analysis, corporate strategy, technology development, organizational design and structure, market strategy, branding and capital campaigns 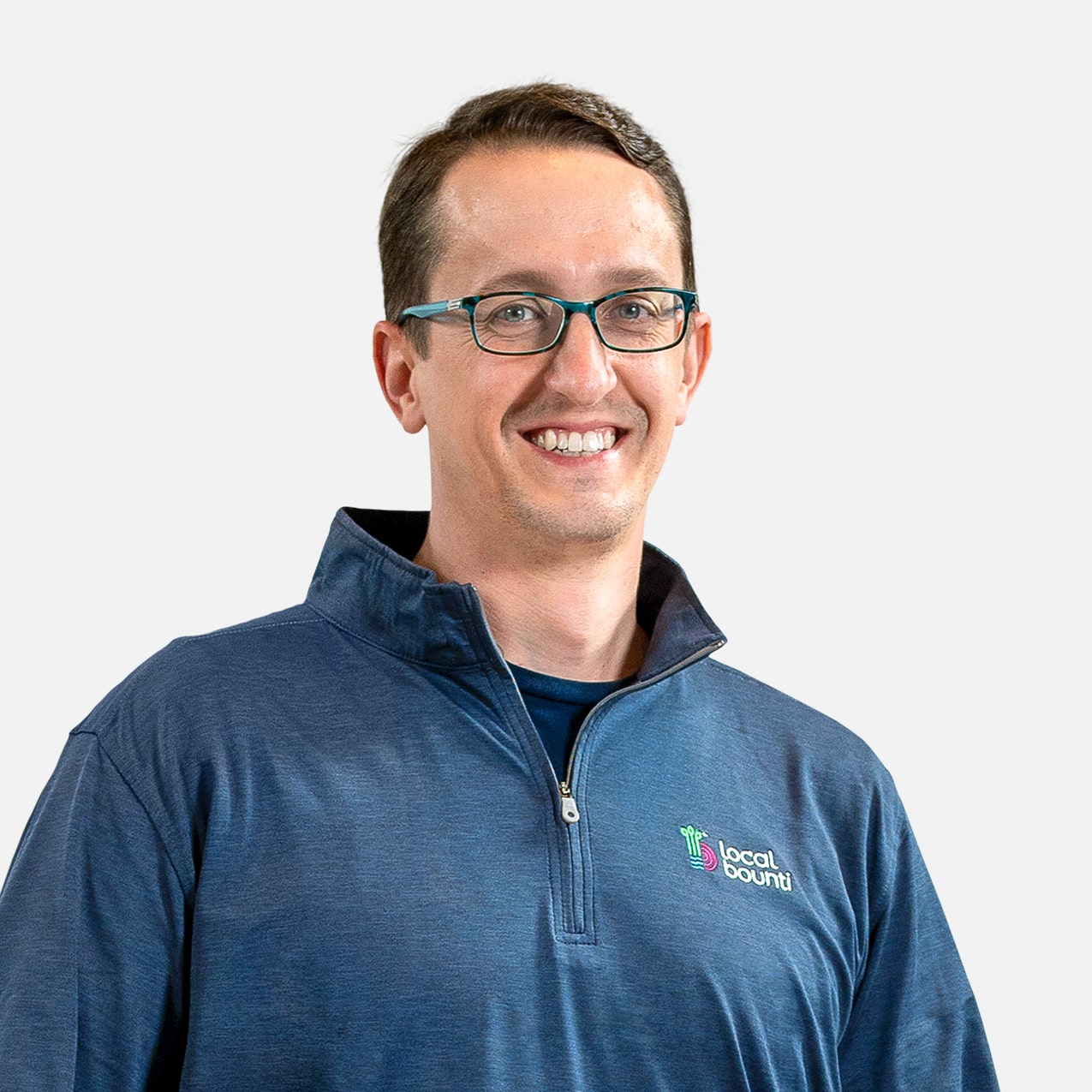 He previously served as the CFO of Sensei Ag, a market changing AgTech venture, founded by Oracle co-founder Larry Ellison and physician and scientist Dr. David Agus. Dave was also Head of Business Development and Chief Financial Officer of Crop One Holdings, Inc., a vertical farming company. As CFO, he created a $50MM joint venture with Emirates Flight Catering to construct one of the world’s largest vertical farms. He also secured $134MM in the first Take-and-Pay contracts in the vertical farming industry and co-founded Conception Nurseries, a technology licensee to expand Crop One into new verticals.

In his early career, Dave founded and grew Ed-Tech and Fin-Tech companies in Zambia, working in C-suite roles. He earned a BA in Political Science from the University of Notre Dame and an MBA from the Yale School of Management. An entrepreneurial executive, Kathleen brings a 30 year record of driving profitable growth in public and privately held companies from start-ups to Fortune 500 companies, within the biotech, retail, telecommunications, real estate and healthcare markets.

Most recently, Kathleen served as CFO and CBO of Amyris, Inc., a publicly traded biotech and commercial stage manufacturing company with global operations. She closely partnered with the CEO to expand product offerings in B2B and consumer markets. Kathleen raised over $1B in debt and equity financing while simultaneously reducing debt and attracting institutional investors. As CBO, Kathleen led the strategic market entry into the pharmaceutical industry. During her tenure Amyris’ market cap grew from $300M to $5B.

Prior to Amyris, Kathleen provided strategic and financial consulting services through Lenox Group, Inc., the company she founded in 1996. Clients included Fortune 500 companies such as Albertsons, CVS, Gap, Kaiser Permanente and Softbank, as well as smaller clients preparing for IPOs. She was typically engaged for critical roles on multi-year assignments including M&A transactions, debt and equity financings, IPOs and spin-offs.

Kathleen earned a Bachelor of Business Administration – Accounting from the University of Massachusetts, Amherst. Josh, an award-winning innovator, has spent more than two decades helping brands find their secret sauce. With a background in marketing, design, film, production and manufacturing, he has a unique perspective that challenges the status quo on everything he touches.

His ability to combine breakthrough strategies, brand positioning, product invention, packaging and digital solutions has consistently garnered Josh acclaim in the food, technology, finance and entertainment sectors. He has worked and grown with some of the world’s iconic brands – from Fortune 500 companies to start-ups, including Chobani, Jordan, Maple Hill Organic, FedEx, Popcorn Indiana, Curaleaf, Muuna Cottage Cheese, 16 Handles, and Nightfood Ice Cream – and has been fortunate to see “lightning in a bottle” successes. Most notably for Chobani, he pioneered marketing, creative development and design, helping drive explosive sales from the brand’s humble roots past the $1 billion mark in just under four years, cementing Chobani as the #1 yogurt in the industry. Mark is a highly experienced executive and a global food industry leader with over 30 years of domestic and international experience with premier food companies such as Sunkist and Dole Food Company.

He has more than two decades of executive level experience in the food industry with a solid track record of achievement. He previously served as COO of Fruit Growers Supply (a cooperative of Sunkist Growers) where he managed six business verticals as well as all supply chain operations to support 39 packinghouse customers and thousands of Sunkist growers. Prior to that, he served as CEO of Al Ghurair Foods, where he managed nine business lines with manufacturing operations in four countries in the Middle East, including the largest poultry operations and flour mills in the UAE. Gary Hilberg is an experienced leader with an extensive background in growing and developing innovative technologies and companies. Gary held leadership positions at innovative infrastructure companies such as TAS Energy and Everest Sciences. As Chief Sustainability Officer, he is responsible for developing and implementing Local Bounti’s sustainability program, and ensuring we are a world leader in efficient and sustainable CEA. Gary earned a BS in Chemical Engineering from Oregon State University and an MBA from the University of Phoenix. Clarence has experience in high growth companies, having built HR infrastructure and compliance in the cannabis/cultivation industry, as well as having experience in managing a company with 10K employees operating in both domestic and international operations. His experience spans companies such as Medmen, Nissan, Yamaha, L’Oreal & Exxonmobil.

He received his Bachelor degree in Business and Master’s in Human Resources Management. Clarence is also a board member at several non-profit institutions such as Big Brother Big Sister, Boys & Girls Club & Alumni Assoc. 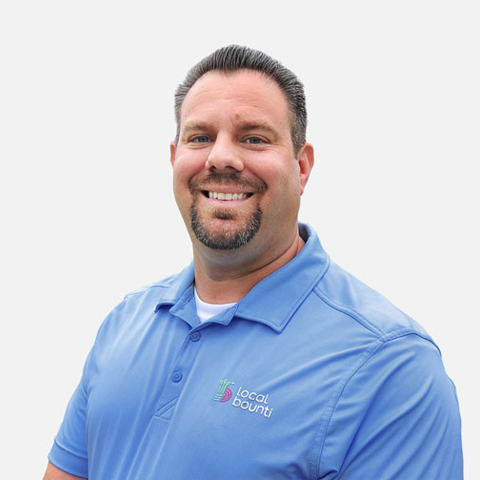 Mr. Cook currently serves as a Member of the Fresh Produce & Floral Council Board and the Ventura College Agriculture Advisory Board.

We use cookies on our website to give you the most relevant experience by remembering your preferences and repeat visits. By clicking “Accept”, you consent to the use of ALL the cookies.
Do not sell my personal information.
Cookie SettingsAccept
Manage consent

This website uses cookies to improve your experience while you navigate through the website. Out of these, the cookies that are categorized as necessary are stored on your browser as they are essential for the working of basic functionalities of the website. We also use third-party cookies that help us analyze and understand how you use this website. These cookies will be stored in your browser only with your consent. You also have the option to opt-out of these cookies. But opting out of some of these cookies may affect your browsing experience.
Necessary Always Enabled
Necessary cookies are absolutely essential for the website to function properly. These cookies ensure basic functionalities and security features of the website, anonymously.
Functional
Functional cookies help to perform certain functionalities like sharing the content of the website on social media platforms, collect feedbacks, and other third-party features.
Performance
Performance cookies are used to understand and analyze the key performance indexes of the website which helps in delivering a better user experience for the visitors.
Analytics
Analytical cookies are used to understand how visitors interact with the website. These cookies help provide information on metrics the number of visitors, bounce rate, traffic source, etc.
Advertisement
Advertisement cookies are used to provide visitors with relevant ads and marketing campaigns. These cookies track visitors across websites and collect information to provide customized ads.
Others
Other uncategorized cookies are those that are being analyzed and have not been classified into a category as yet.
SAVE & ACCEPT
Powered by